We have a friend named Sal. We met Sal at work. We really like Sal. Sal comes to visit us a lot in Astoria and it’s a really far ride for him. So one day we decided to visit Sal in his neighborhood, Coney Island. 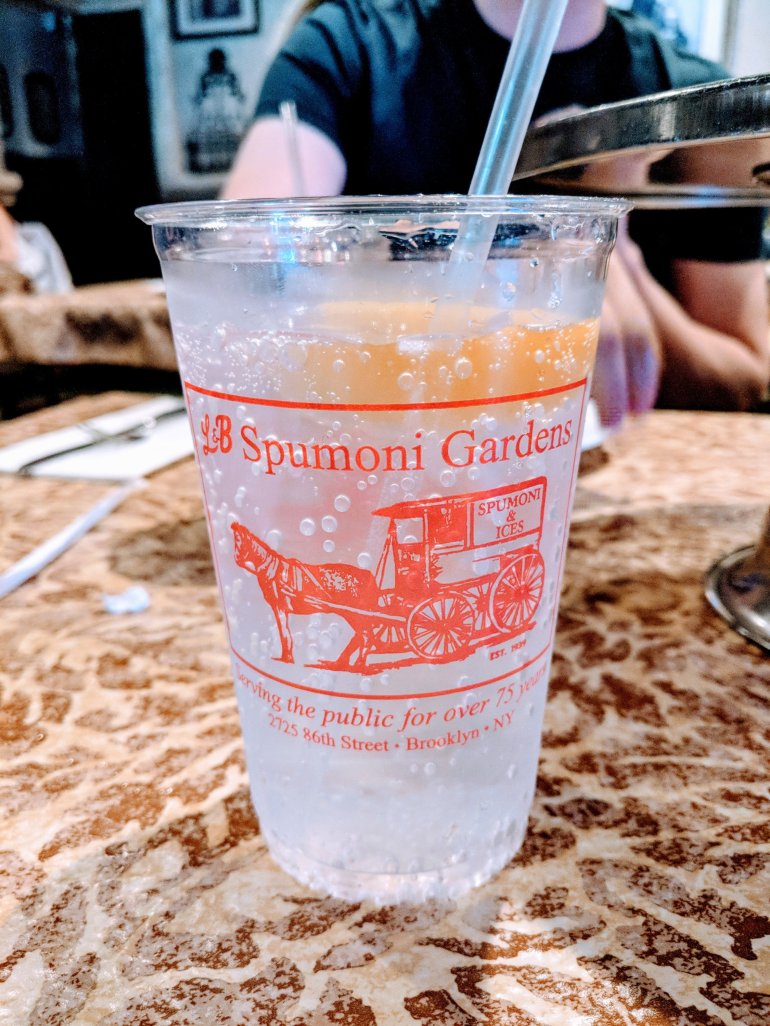 Sal wanted to take us to his favorite pizza place L&B Spumoni Gardens. The plan was to share a pie and then let the day take us wherever. Sal being a pro ordered us a half tray. This was so legit! We would have been such shoobies ordering a full square pizza. 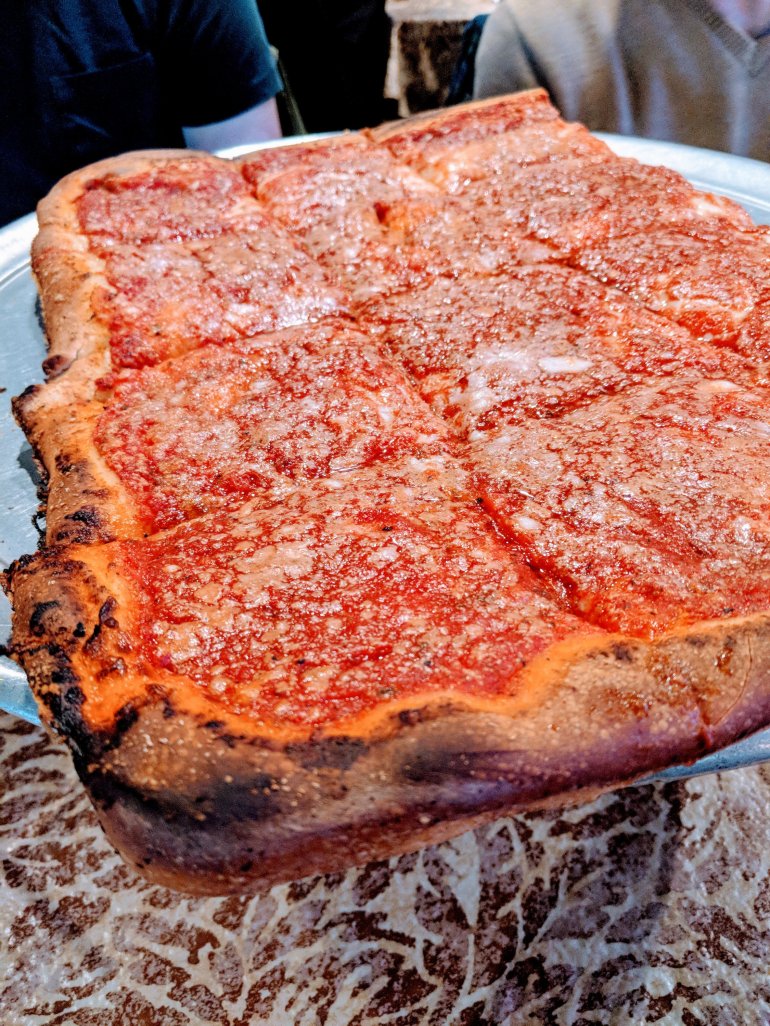 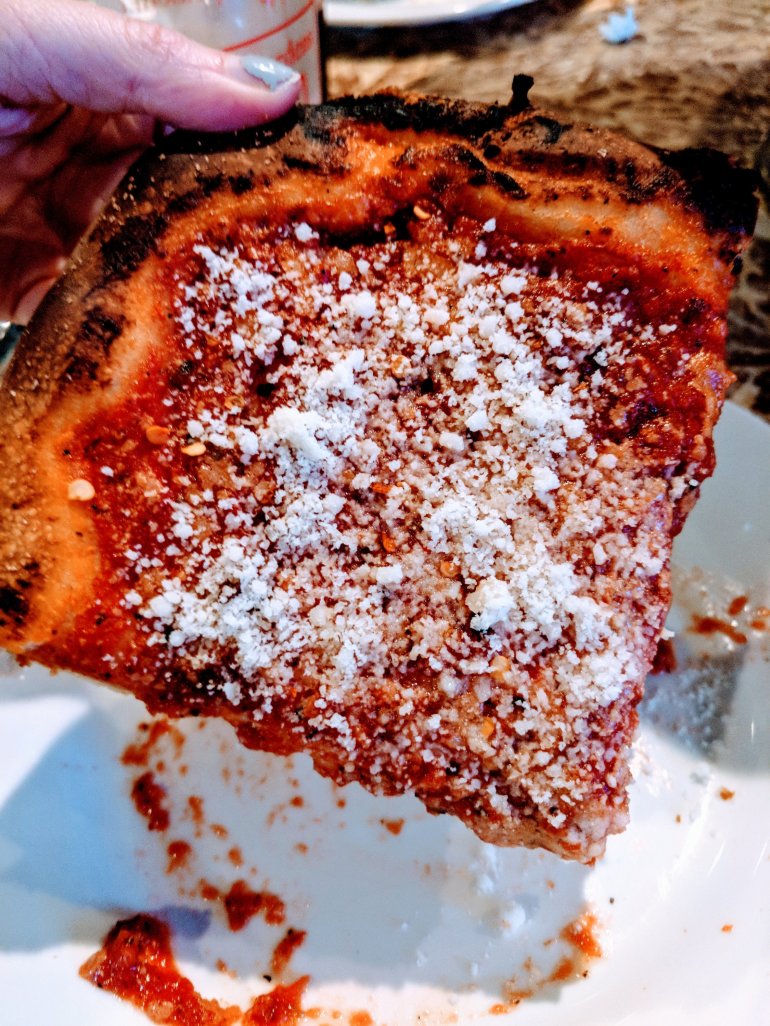 If we were to rate this pizza Barstool Sports style it would definitely be an 8.3. One bite everybody knows the rules, except it, was more like 3 slices each. The pizza has the cheese first and then the flavorful sauce right on top. The hot sauce keeps the cheese warm and melty. It was really good. 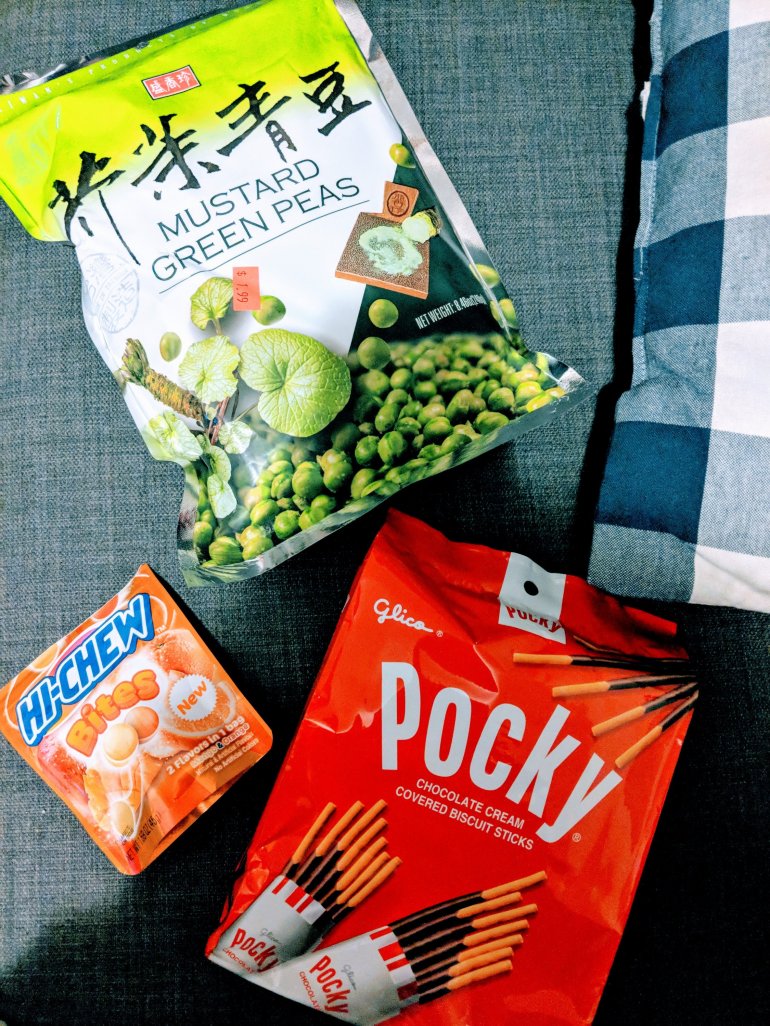 I then asked Sal to take us to the Asian Supermarket nearby so I could pick up some of my favorite snacks (pocky, mustard peas, and hi-chews). 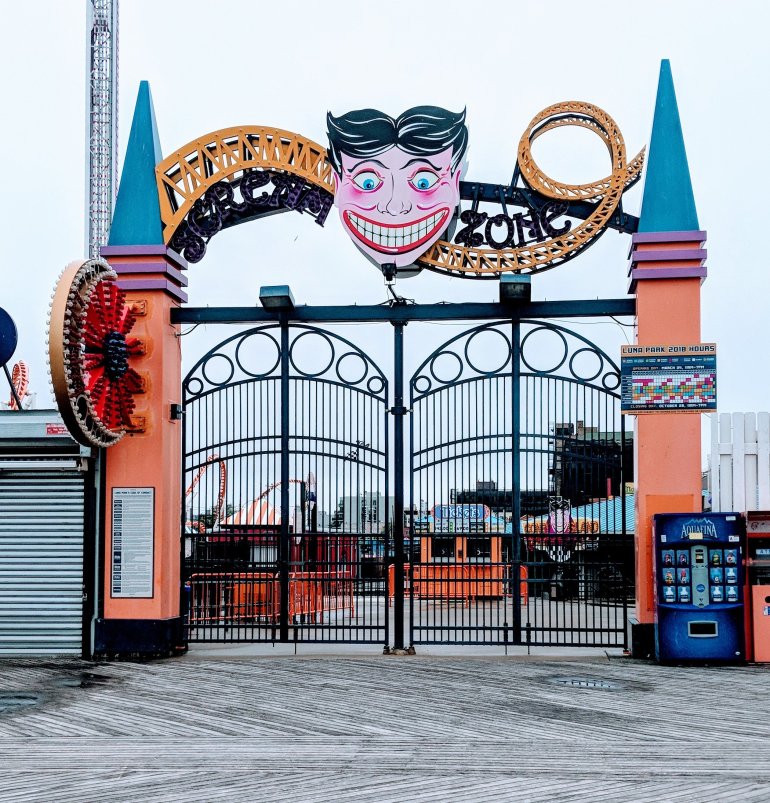 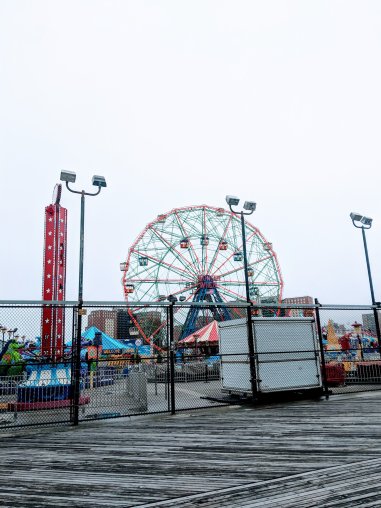 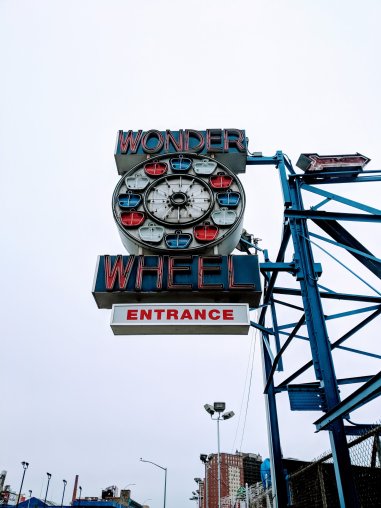 After the food store, we headed over to the beach and boardwalk. It was cold, raining, and nothing was open so we walked around aimlessly for a little while. It was really cool though because there were few people around and I was able to take some cool pictures. 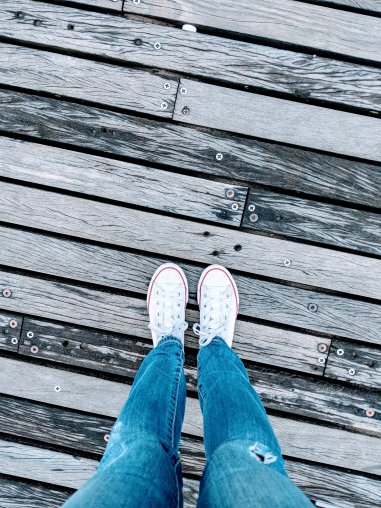 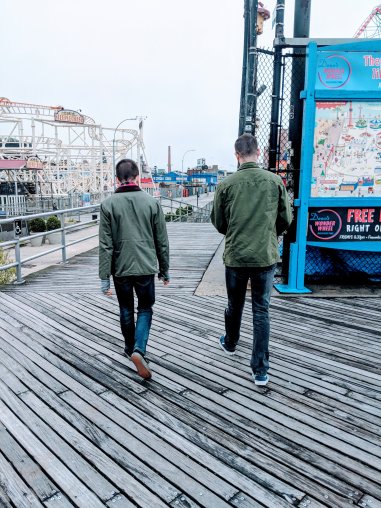 We also had to stop into Coney Island Brewery for 1 beer. I opted for the Watermelon Wheat because I am longing for summer and Tom had the Mermaid IPA. 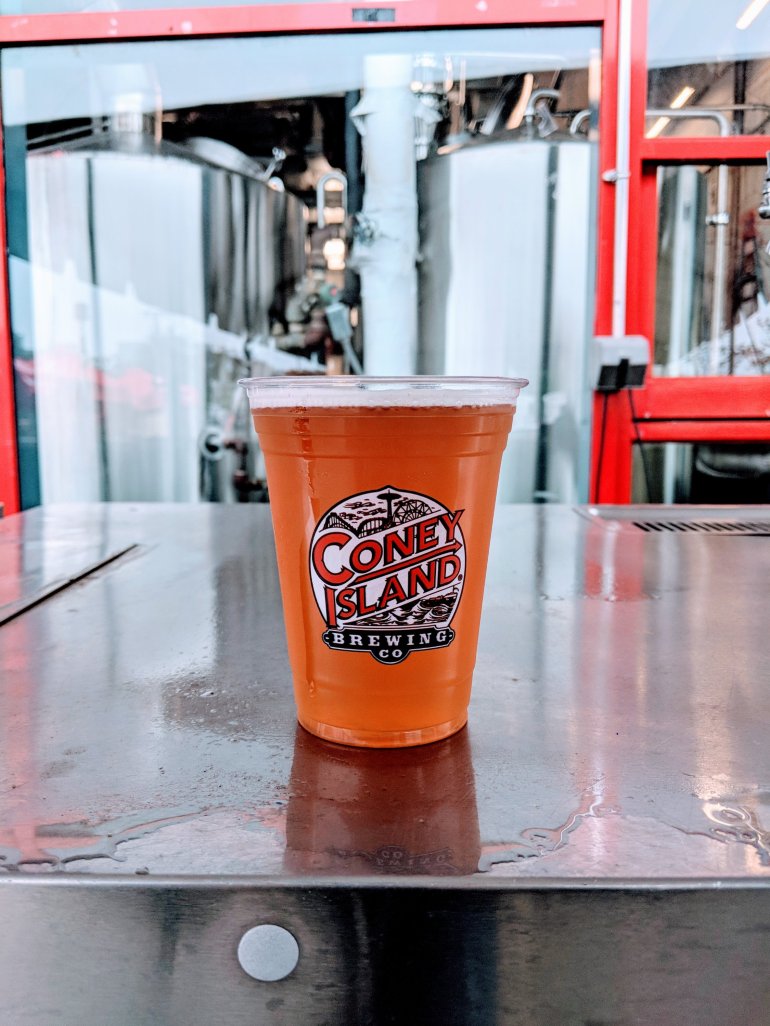 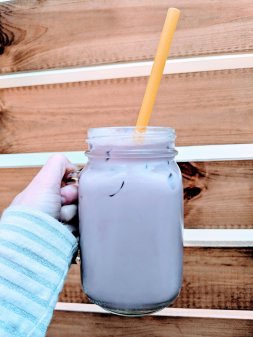 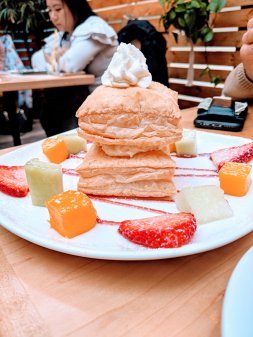 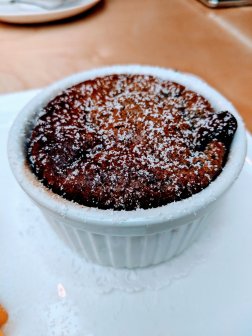 Sal had one more place for us to visit before we drove back to Queens, Prince Tea House. This little shop has the cutest and warmest atmosphere. It is easily a place I could hang out in for hours and just sip milk tea. We ordered drinks and desserts. I opted for a green lavender milk tea while Tom had coffee. For dessert, Tom had puff pastry with pastry cream and fruit. I ordered the coconut pannacotta, but they got my order wrong and I ended up with the amazing purple yam souffle. 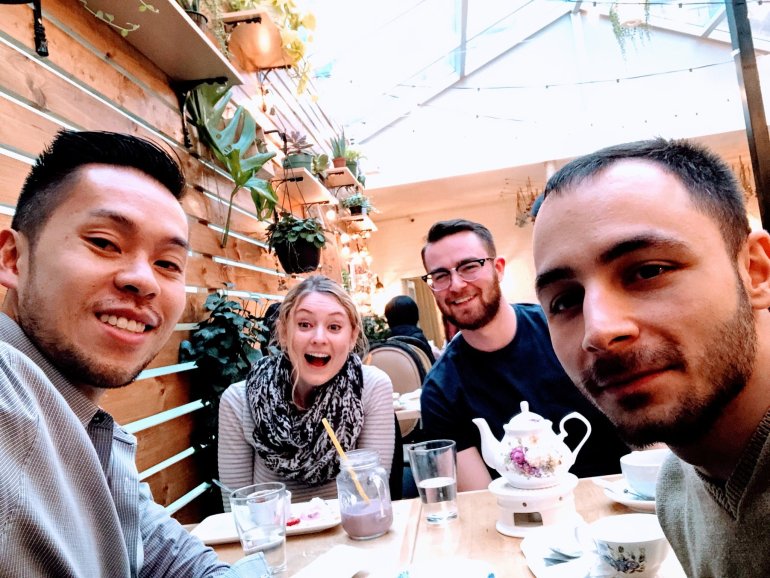 The food and drinks were really tasty and we even got to see an old co-worker Ricky. We had a great time. Thanks, Sal for showing up the neighborhood!